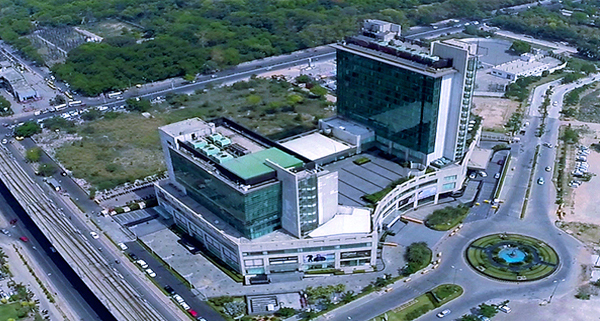 Zirakpur is a beautiful neighbouring city of Chandigarh. Zirakpur is witnessing the rapid growth in its
real estate market because of numerous factors. So, if you are planning to shift from any city or
investment. Looking for a lifestyle that matches up to your expectations, you can definitely point
towards Zirakpur, where you get capital appreciation as it is in developing stage like Gurgaon and
Noida.

1-Amazing Connectivity: Zirakpur has a great connectivity with the major nearby cities of Punjab,
Chandigarh(UT) and other states (Himachal Pradesh, Haryana). You can reach Shimla in 3 hours
while Delhi in just 4 hours. It feels really amazing for outsiders in terms of moving to a new location.

2-Logistic& Warehousing Hub: Zirakpur-Tepla- Rajpura Belt to become logistic hub in Punjab. As
Zirakpur is the intersecting point on Shimla-Delhi – Patiala highway,so government is planning to
have warehouse in the near future in Punjab.

3-Presence of International Airport: Chandigarh Airport is a custom airport which serves
the Union Territory Chandigarh, Chandigarh capital region including Panchkula, Mohali and the
Indian states of Punjab, Haryana and the southern districts of Himachal. The airport runway is located in the Union territory of Chandigarh while the international terminal is located on the south side of the runway in the village of Jhiurheri ,  Mohali, Punjab. The airport caters to eight domestic airlines (Indigo, Spice jet, Vistara, Air India & many more) and connecting Chandigarh to 2 International (Sharjah & Dubai ) and 17 domestic destinations. More International Flights to operate from the airport in coming months Ex: Qatar Airways, Singapore Airlines, Thai Airlines, Sri Lankan Airlines, British Airways. With International flights operating round the clock from Chandigarh airport will also bring more employment in Aviation/Cargo and ground staff sector.
Chandigarh International airport will now be the hub for passengers from Himachal Pradesh, J&K,
Punjab & Haryana. Passengers from these regions now don’t have to travel to Indira Gandhi
International Airport ‘New Delhi’ to board the international flights.

4- Accessibility: The areas surrounding airports possess excellent infrastructure facilities. It ensures
good connectivity to all parts of the city with well-developed roads, flyovers, expressways and
highways. Moreover, the transport facilities are available throughout 24×7 and offer several
employment opportunities.

5- Employment opportunities : With the availability of excellent connectivity and
infrastructure, the locations nearby airport have a high demand in the realty sector. These
regions are also bound to emerge as a commercial destination. For instance, the airport at
SAHIBZADA AJIT SINGH NAGAR has led to the fast development of several commercial hubs and industrial parks such as Infosys.,HDFC Corporate office etc. This development improves the employment opportunities in several fields. Several schools, colleges, restaurants, entertainment zones and many more elements of social infrastructure facilities have been introduced. Close Proximity to Infosys, Ashoka university , Amity University & 1700 Acres IT- CITY. All these developments assure a good quality of life!

6- Profitable returns : Airports are a major attraction for commercial and retail sectors. The
infrastructure initiatives in these regions transform itself into high growth zones. The demand
for properties, both for commercial and residential purposes, are high and have more values.
If you invest in properties near an airport, it also promises a good return in future and present.

7- Master Plan Zirakpur : Municipal council has announced that Zirakpur will cut into 16 sectors.
The map of each sector with the address of every house will also be available on Google. Now
GMADA further acquire 5000acre to expand aerocity.

8- Healthy Environment: While planning to get a house for our family, it is very important to
choose a place which is pollution free and has healthy surroundings. Zirakpur is a place fulfilling all
these requirements. As its free zone from industries and Low Density Area i.e low rise buildings are
permitted (example:-stilled+3 with lifts). You can get facilities like parks for children (Leisure Valley
Park coming in 100 Acres) open areas, walking paths and more.

This area has now fast emerging as preferred destinations not only for the IT Industry, but also for
quality housing and urban infrastructure related investments. This is because of better accessibility
and declared public priority to provide world-class civic amenities. It has become an important
commercial and institutional hub, which houses regional offices of companies and institutions
catering to several States. It has also become an important investment destination for Indian and
multinational Companies.